Someone unusually grumpy has taken over Christmas at the library this year (No, it's not me).  This someone just happens to be green and wears his shoes too tight (See?  I told you it wasn't me).  If you need a hint, check out who's hanging upside down behind me.

The Grinch!  He's been sneaking around the library "ruining" Christmas!  Rumor has it he even scared Santa away from the library this year.  Or, well, that's what I thought he was here to do.  That is until I found some suspicious bags of goodies in the Youth department.  They were all neatly packaged with Grinch gifts and human treats, and on the outside they were labeled by the Grinch.
But do you know what?  The Grinch left treats and gifts for all the girls and boys at the library, but he completely forgot about me.  I don't want to sound ungrateful, but he didn't leave a single thing for me.  At least he didn't take any treats from my special treat drawer.  He probably knew that Barb would catch him and make him ring the bell. 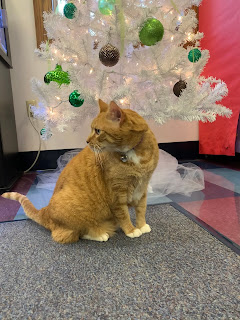 Holding out for the real Santa,
Chance
Posted by Chance Cat at 10:19 AM 3 comments:

Some people like to take a warm bath to relax after a stressful day.  Me?  I like sun bathing. 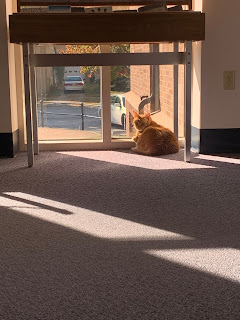 Honestly, is there anything better than stretching out in a warm puddle of sunshine goodness and just melting your problems away? 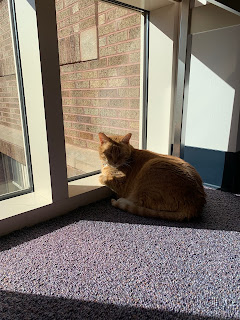 I don't think so. 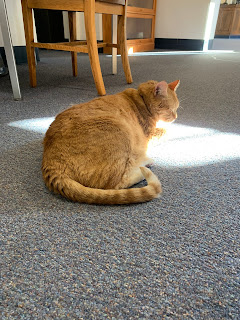 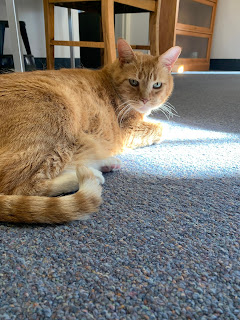 Humans can keep their wet "relaxing" bath time.  I think I'll stick to something drier. 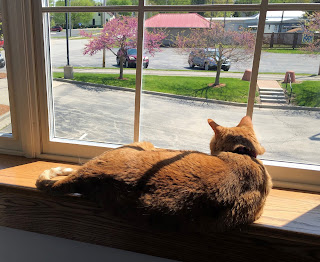 Searching for a bright spot,
Chance